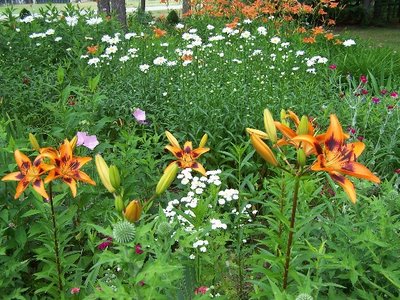 (I see I missed a couple of pink mallow in there)

Poor pink mallow. I've been chopping it off almost everywhere in my gardens.
I know many people consider it a weed and won't allow it anyplace in their garden.
Personally I like it and find that removing the zillions of babies each year is preferable to eliminating it altogether.

I think even those who raise their haughty eyebrows to the lowly mallow would agree that she looks quite splendid here. 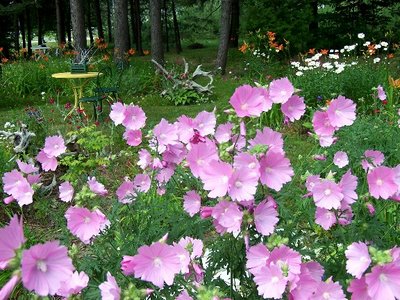 Email ThisBlogThis!Share to TwitterShare to FacebookShare to Pinterest
Labels: Mallow