This one is called 'Kentucky'--a soft pumpkin color with cinnamon speckles. 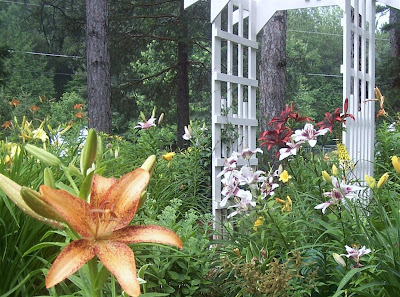 I spent over 5 hours in the garden yesterday. I was out there shortly after 6:00 a.m. when I waved to my neighbor as she left for work. About noon she came back, stopped at the road, rolled down her window, and said, "Are you still at it?" I could not believe it was already noon.

I got involved in a lot of plant moving. Remember I wanted to move that big yellow daylily under the spikes of ligularia, the 'Rocket'? Here is where is was: 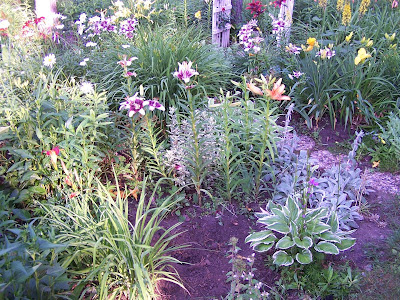 I moved it over a few feet and now it's right under the Ligularia. 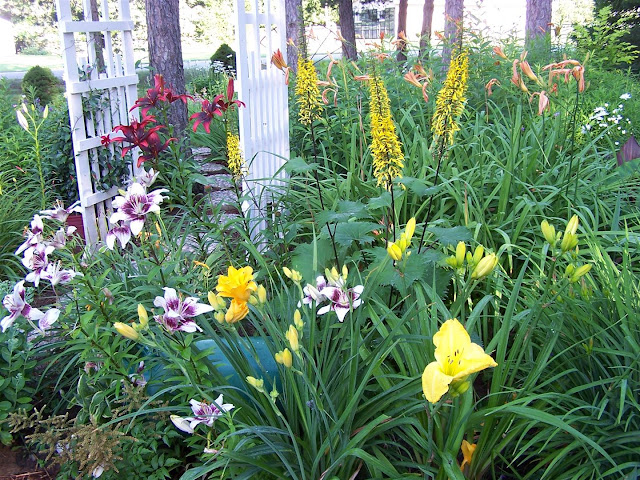 I like it so much better in this spot. Of course it's never as simple as just moving one plant....no, no, no....I had to fill the hole from the daylily.......but with what? I decided that I needed another lavender plant. I have two in this area--one at the head of the garden and one on the side.

Can you see them? The hole is directly across from the side lavender plant.
Another lavender would form a perfect triangle. So I wandered around the Ponderosa until I found a lavender plant in one of the deck gardens. Within minutes it took a shovel ride to its new home on the opposite side of the yard. 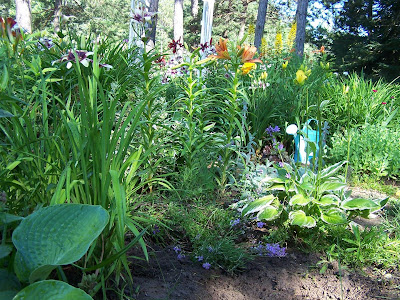 It's pretty scrawny now. Hopefully it will survive and get big like it's new friends.

While glancing around I decided those Shasta daisies in the center had to go. I used to have a big patch of them, but removed it a couple of years ago. These are the ones that escaped. 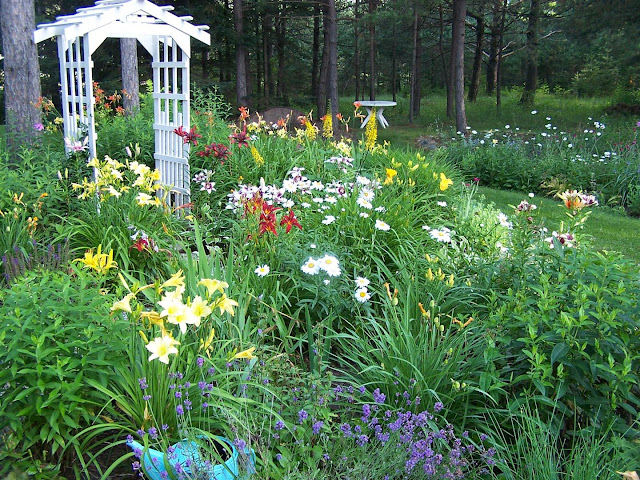 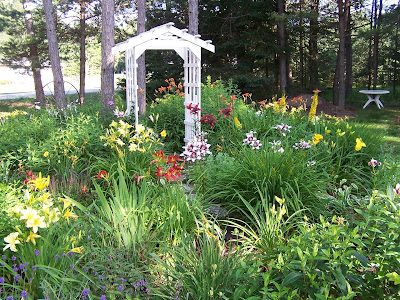 Now I had another big hole to fill. I decided to leave that area until I find some new plants to add to the garden. In the meantime, I brought a big container from the deck and tucked it in. I am loving that color combo of the canna 'Wyoming' leaves and the 'Capuchino' lily. 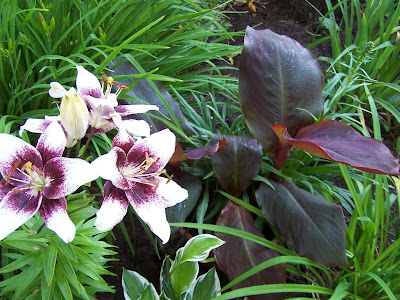 There were a few other plants I moved--some iris and allium azure that were uprooted when I planted the big yellow lily and some other Shastas.