Added More Tropicannas to this Garden

I think I am done moving things for at least a few weeks. On Sunday morning I moved some more cannas in containers to this area: 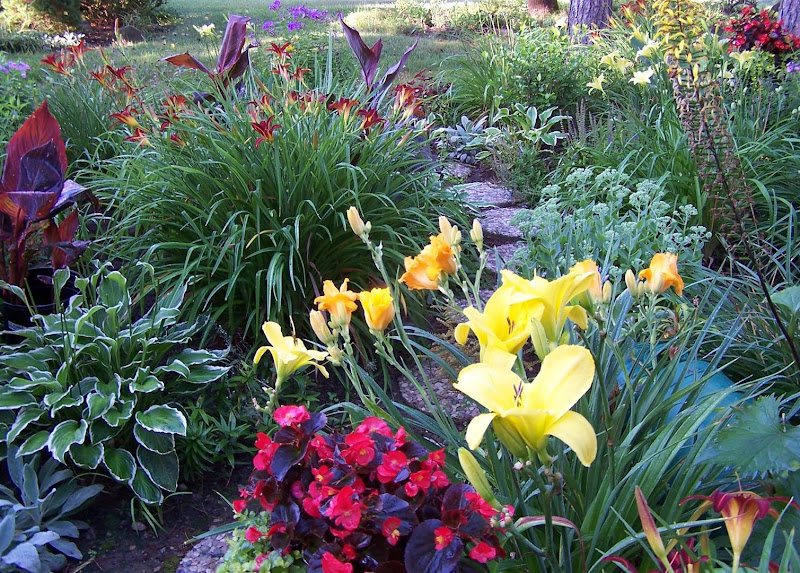 I really like the dark leaves with the red daylilies. All of these cannas should shoot up another 3 feet with big orange flowers. They usually bloom around mid August. By that time all the daylilies will be finished and, without the cannas, I would have nothing to look forward to since I removed all of the fall asters (did not like the ugly aster foliage) from this area.

I also cut down the spent lilies and much to my dismay, the ligularia, which left the area in front of the smaller arbor pretty blah. In this photo I have not yet cut down the ligularia. It's the tall thing with a teeny bit of yellow on the top--pretty well spent--so it was time to give it the big snip. 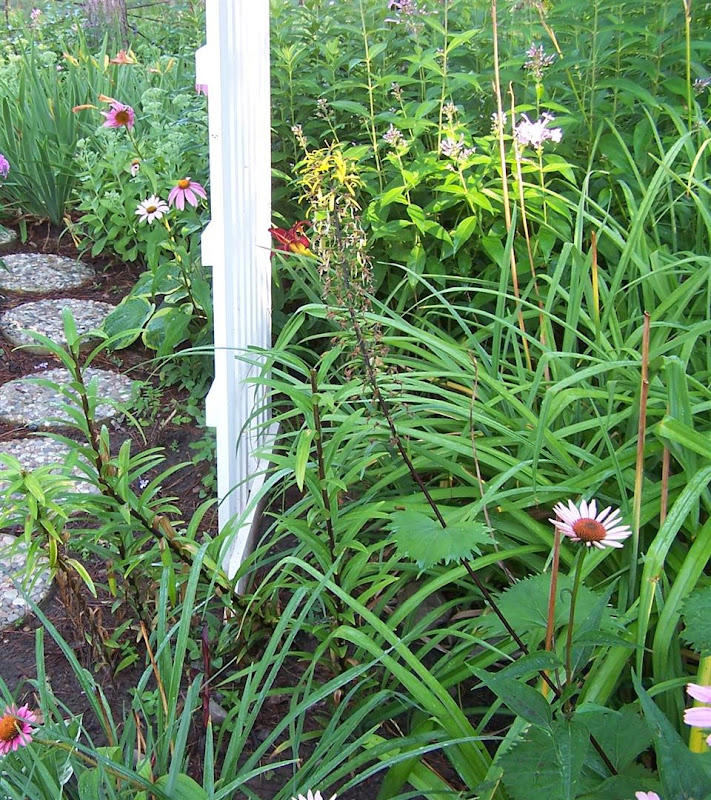 I decided to move a big container of Elephant Ears and Cannas to the side of the arbor. There was a lot of daylily foliage in that area, which helped to hide the container. 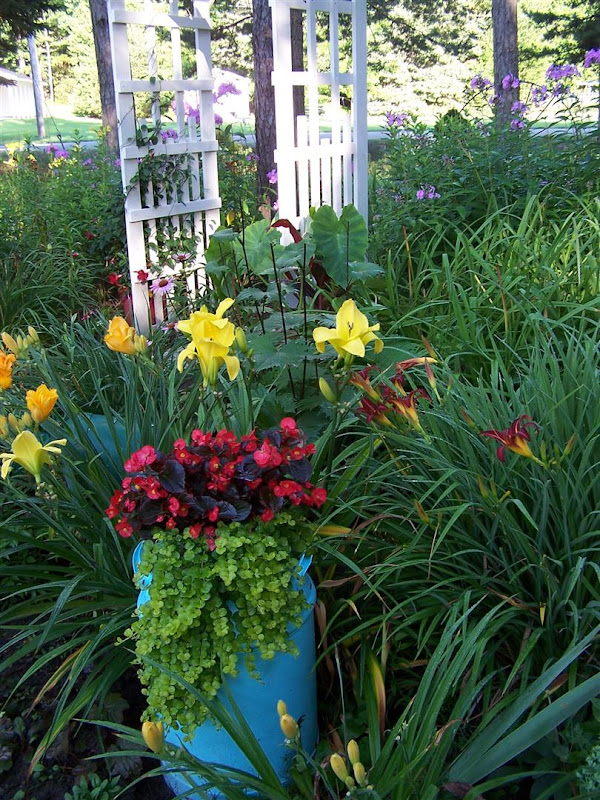 The ligularia foliage is in the way from this angle. Here is another angle: 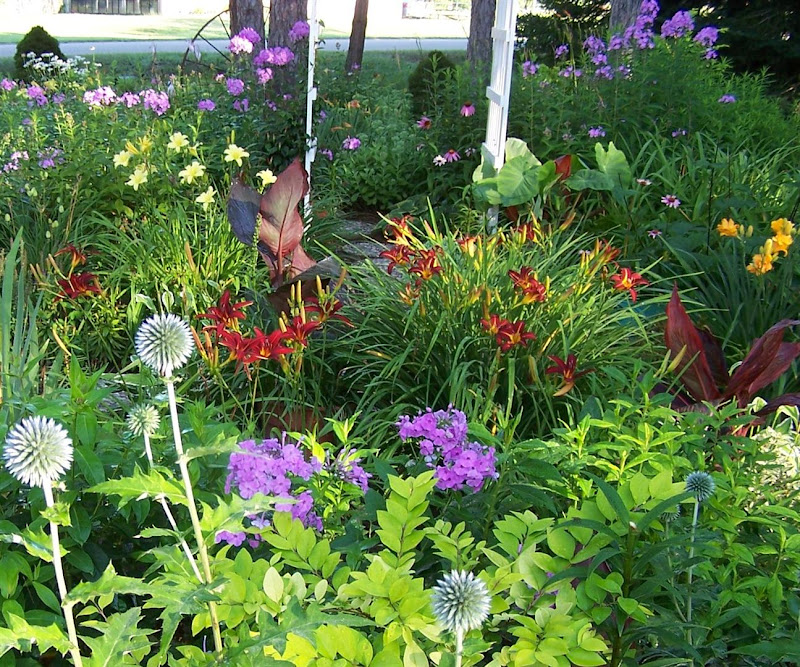 I am tempted to add more, but I also want some left for the deck. It does takes a lot more time to run around watering all of these containers since my water faucet is quite a distance away.

Update: Yesterday I bought a new Elephant Ears. I put it behind the pot I already had by the arbor. It looks like it's all one big arrangement. 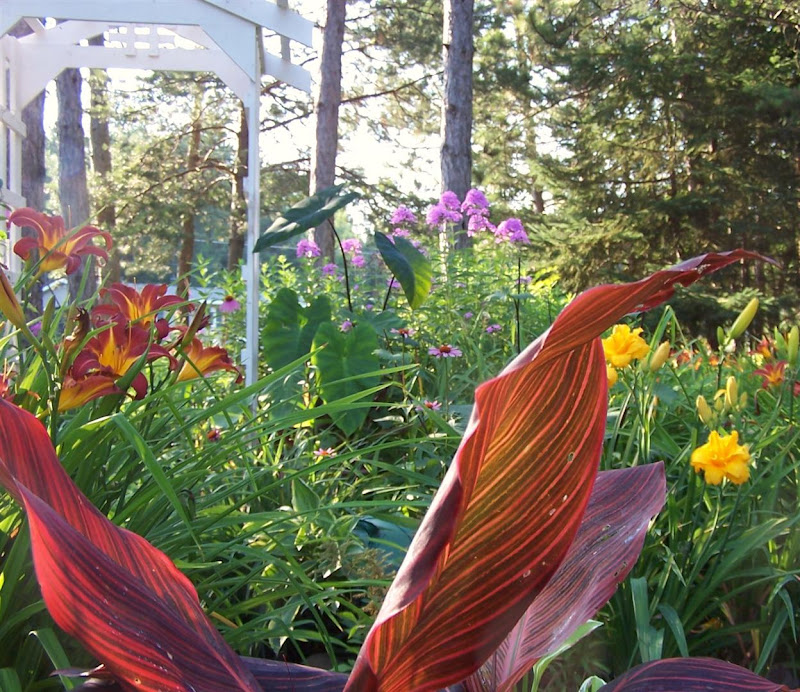