Bean There Done That

That title pretty much sums up my day--in more ways than one.

Early this morning I was out moving plants again.

A couple of weeks ago, I moved a gold double daylily to this section. Today I took it out. 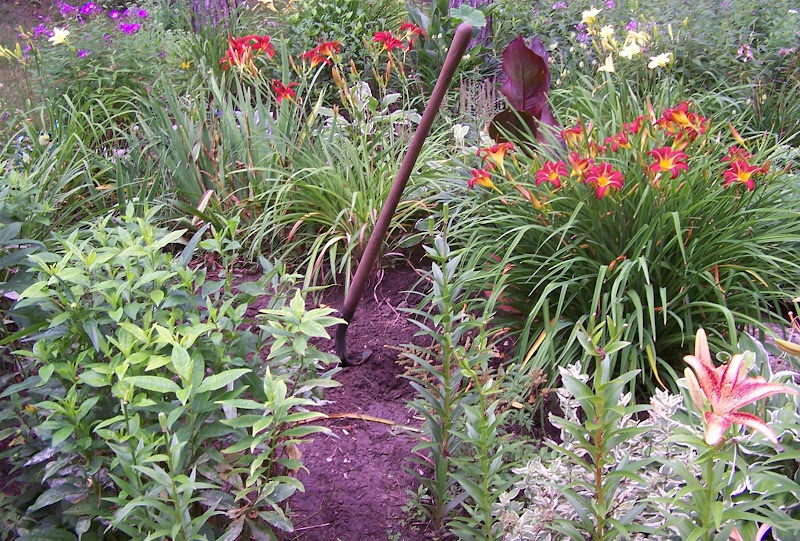 I decided I wanted only red in this area, so I put a red daylily in its place. 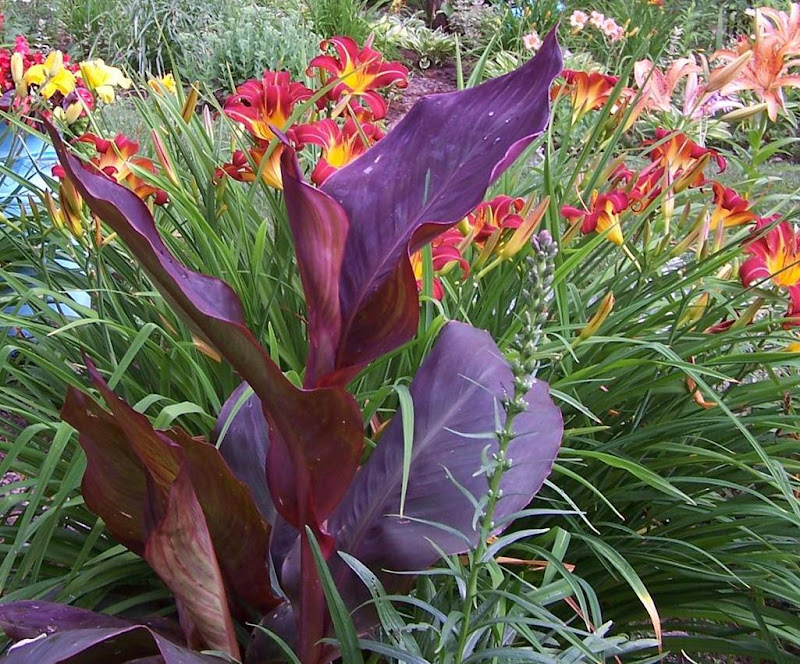 I moved the gold 'Condilla' daylily in front of this milk can, where there used to be a big sedum 'Autumn Joy'. 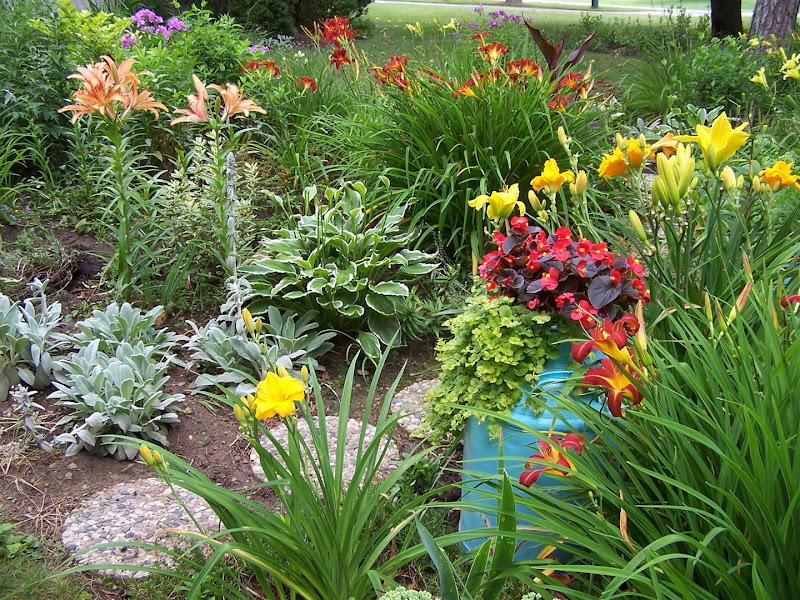 There is another 'C0ndilla' a feet up from this one. The gold/yellow is such a strong color that I thought they should be in the same area. I think it gives a much bigger impact than having two scattered about.

The Sedumn AJ ended up here . I needed one here to match the other big one on the opposite side (which you cannot see in this picture). 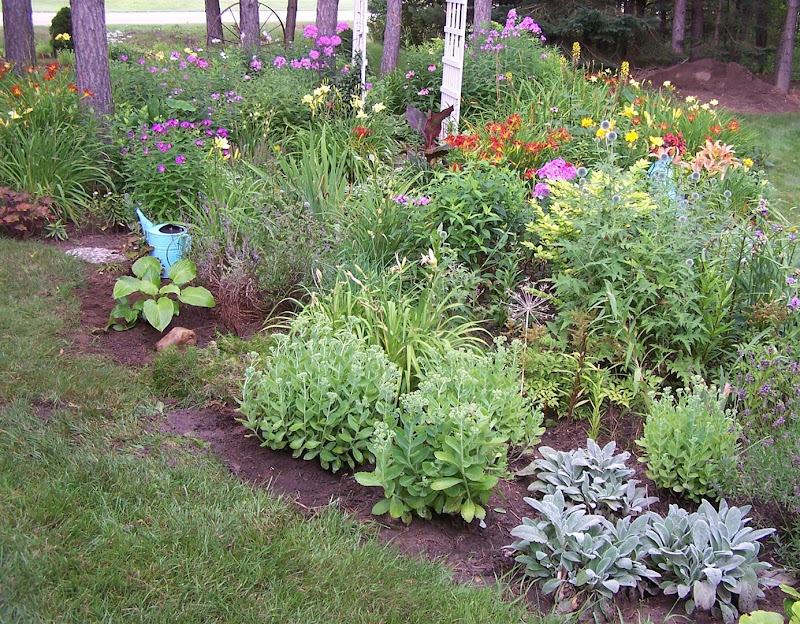 I spent considerable effort-- in nearly 100 percent humidity-- removing the rest of this creeping phlox (pic taken in early July) to make room for the SAJ and a hosta in front of the lavender.

All of that (and moving a half dozen tall purple phlox & a couple of hosta) took about three hours. Then it started to rain, which is exactly what I had hoped would happen.

I got to go inside, shower and do next to nothing for the remainder of the afternoon. I did a read a little bit. I started a new cozy mystery last night. Check out the title--hence, the title for my post today. :) 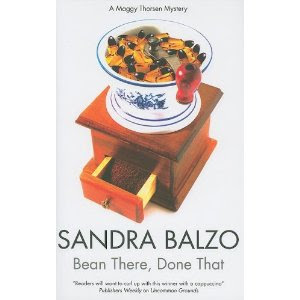 The murder-solving sleuth owns a coffee shop, thus the "bean" in the title refers to coffee beans. This is my first read from this author. So far I am enjoying it. Anybody else read her books?