The Deck has No Blooms, but it's Not without Color!

The problem with planting only tropical plants is that you have no flower blooms until at least mid-July. 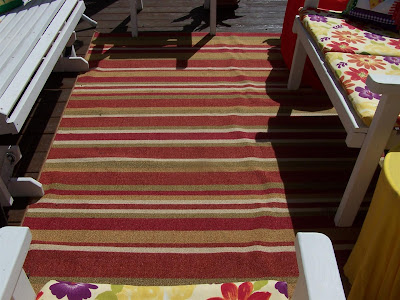 and one set of the quilts and pillows I made for the deck. Even without flowers, this area is now quite colorful. 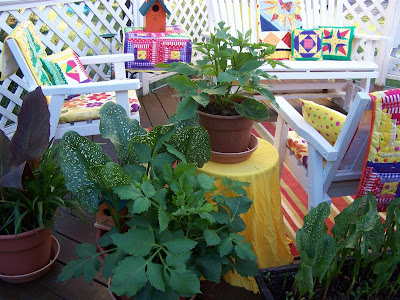 There is no rain in the forecast, so I can leave everything outside for at at least a few days. 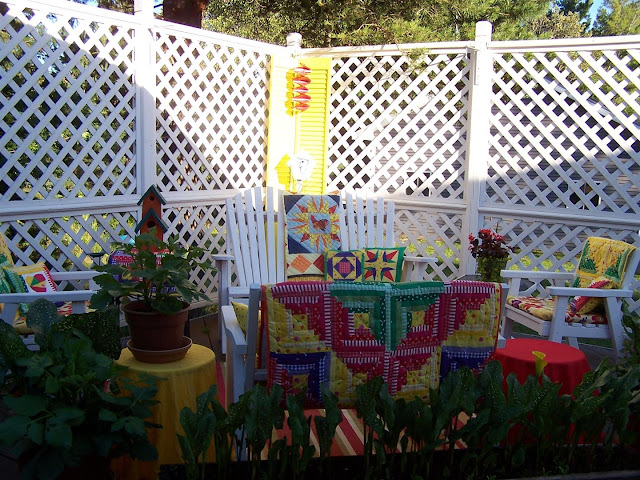 The only problem is that when I get home around 3:30 P.M., it's way too sunny (hot) to sit here. I may have to move this seating area to another part of the deck where I can use it Mon-Fri.

I was outside at 6:30 a.m. this morning (before I went to work) to plant some seeds I found on my kitchen desk. They should have been planted weeks ago, but I had forgotten about them. 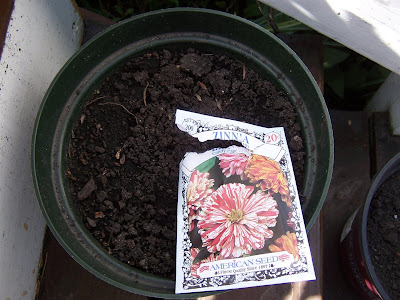 I had two packets of these cool striped zinnias that I bought for 20 cents each. I put them in the two pots of dead dahlias that Breck's sent me and in front of this large container of cannas and dahlias. Oh, that teeny tiny Elephant Ears in the front is 'Hilo Beauty' that I got from Breck's this year. It's been a couple of months and it's still that tiny. I still cannot believe that this is what I received -- I have not even written them a letter of disappointment yet because I keep giving them the benefit of the doubt--thinking that surely they will take off in a spurt of growth soon! 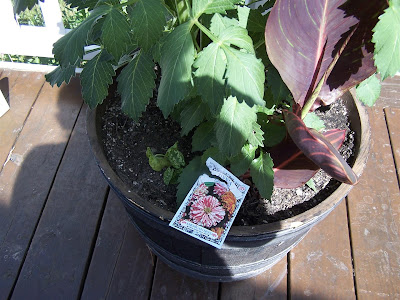 I also had a packet of orange/yellow cosmos that was sent to me in the mail. I put them in two new containers of cannas that I bought at Home Depot in early June. The cannas are orange/yellow so they will look nice together should they bloom at the same time. 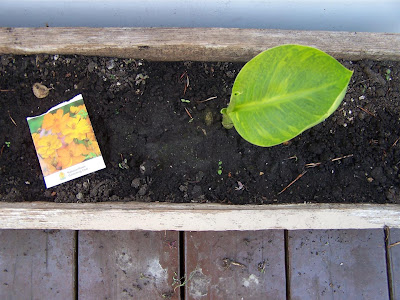