'Kentucky' Tango lily burst into full bloom this weekend. I showed you the first bloom, but I think 'Kentucky' deserves its full-bloom glamour shot, just like the other 4 Tango lilies had. 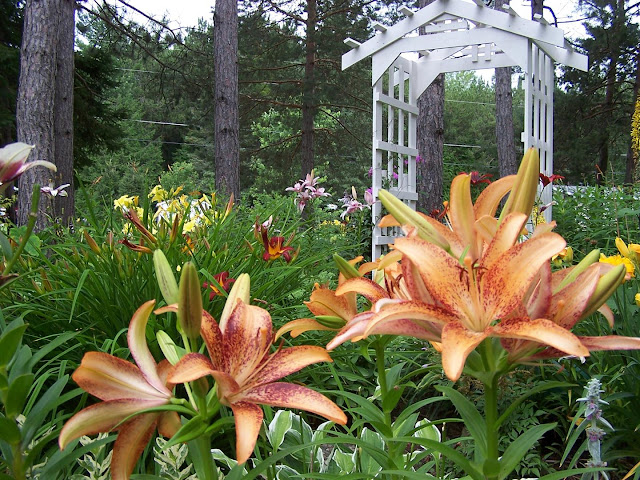 I want to order more of these. Three is just not enough. Here is the view across the grass path to the other arbor garden: 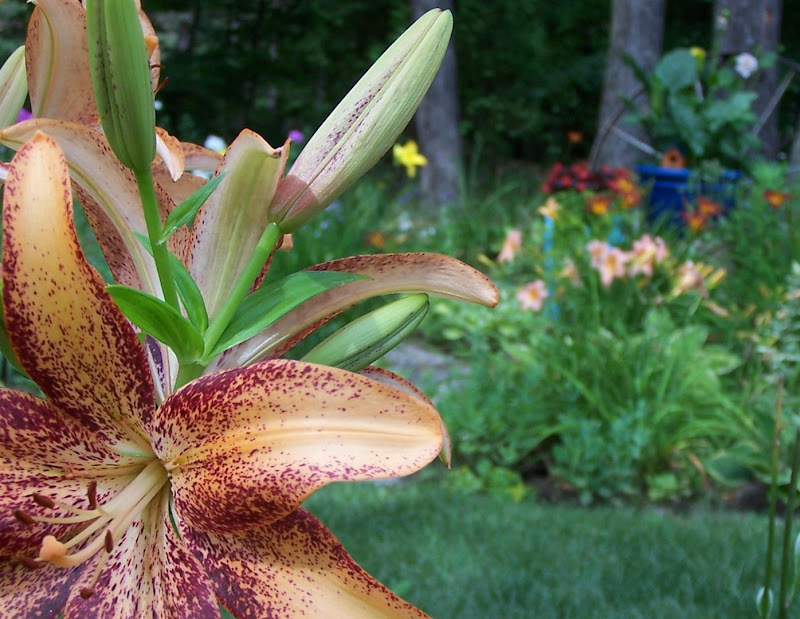 A little further back my purple phlox has begun. I have a few different shades of purple/pink phlox. Some of them are twenty years old and I have long forgotten their names. 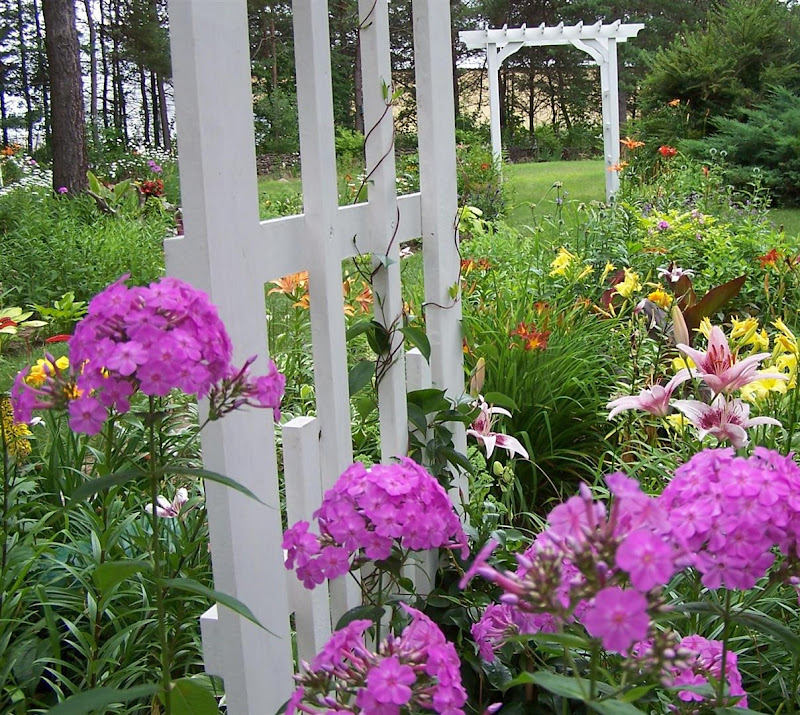 Phlox is such a staple of my late July/early August garden. 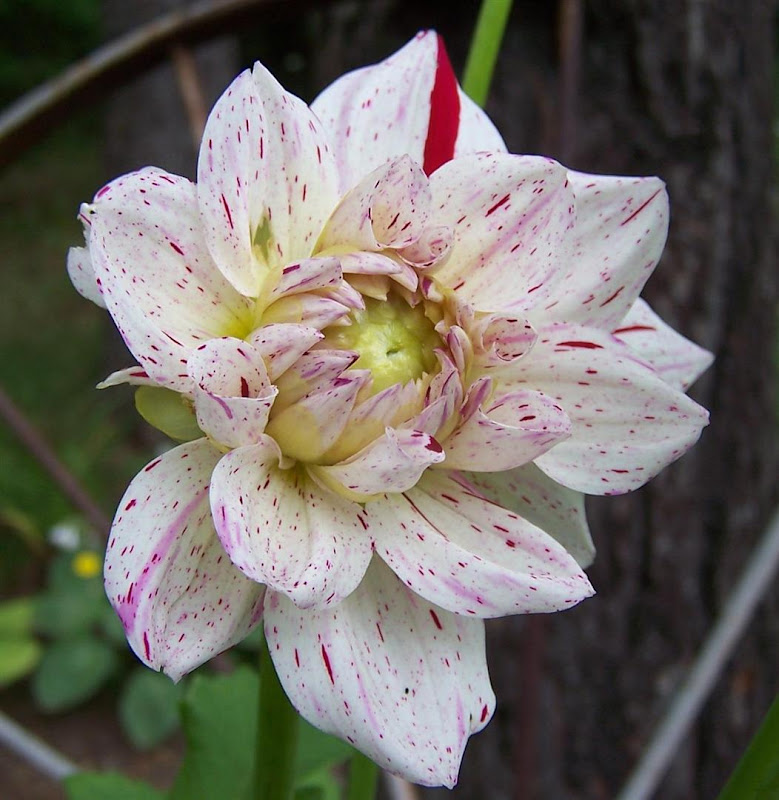 I'd be totally ga-ga over it, if it had a few more petals with the bold red stripes. Maybe some of the other buds will have more red. You never know what you will get with the Rembrandts. That's part of the fun about growing them. It's exciting to run out each day to see what the new flower looks like.
Update: 4:30 p.m. July 20, 2010 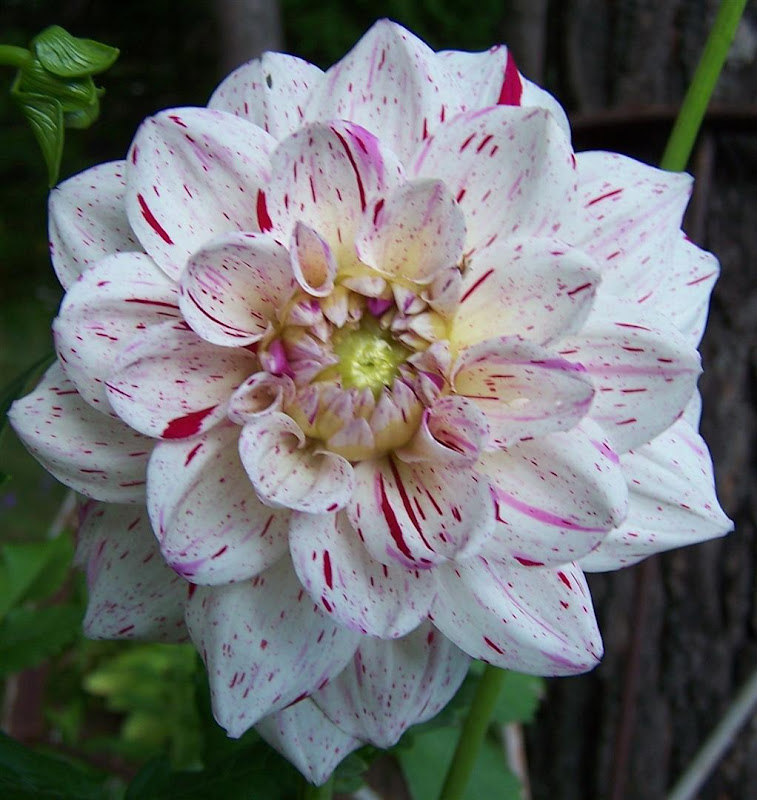 I just went out to see how the dahlia looked today. The next layer of petals opened and I see a lot more red stripes! I am almost
ga-ga! If I had this dahlia at Christmas time, it would be the centerpiece of my holiday dinner table--it reminds me so much of candy canes!
This Rembrandt is not lacking in red color! 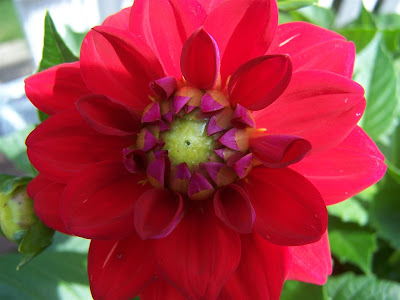 I love the purple center petals. I have had this one for a few years and it never ceases to fill me with pure Rembrandt love!

Here is another of my original Rembrandt dahlias. They are purple and my least favorite. 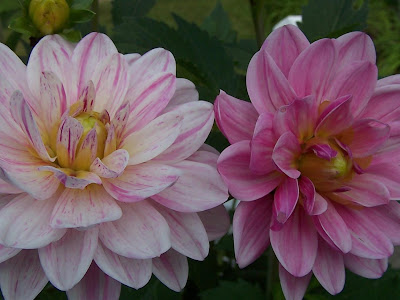 So wouldn't you know that the purple are what I have the most of! I ordered another Rembrandt collection last fall. So far none of them have bloomed. I am hoping that I do NOT have more purple in my new collection!

I just went out and cut down the orange and red spent lily stems around the globe thistle.

Now all of those lovely orbs show up nicely. It won't be long before they turn blue. I am hoping that you won't be seeing that pile of top soil much longer. I have been asking DH to knock in down for the past two years. I have been waiting at least 104 weekends....maybe next weekend will be the one! It's getting small enough that I can probably do it myself. It ruins all of my pics!

I got down close to the ground for this shot. I wanted to get the red-striped Tropicanna leaves in. This canna is planted right in the ground and is not growing as fast as the cannas I have in containers. 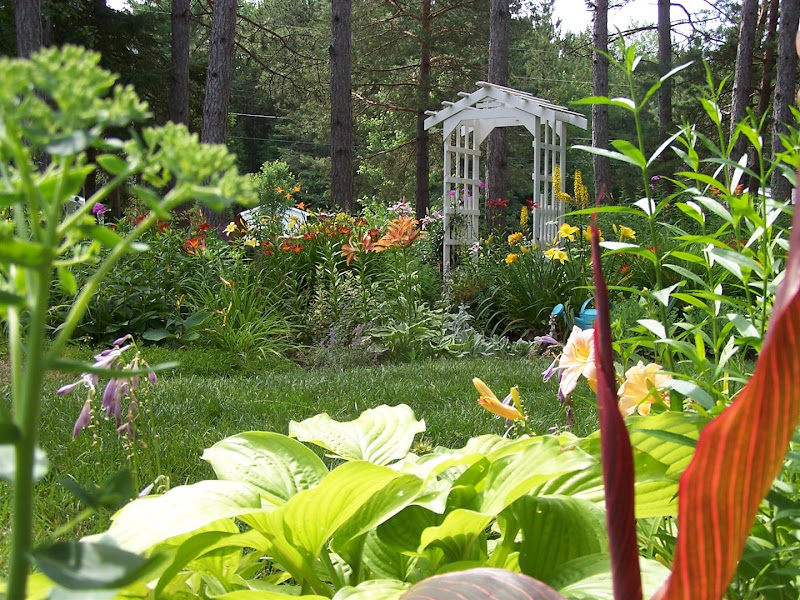 Last year the one I planted in this same spot did not bloom. I am hoping for a better outcome this year.

Right now I have a lot of red daylilies blooming -- many of them are called 'Red Fan Fare'. They are a fairly short daylily - -about 12 inches tall--I like the yellow centers -- they look like they are on fire! 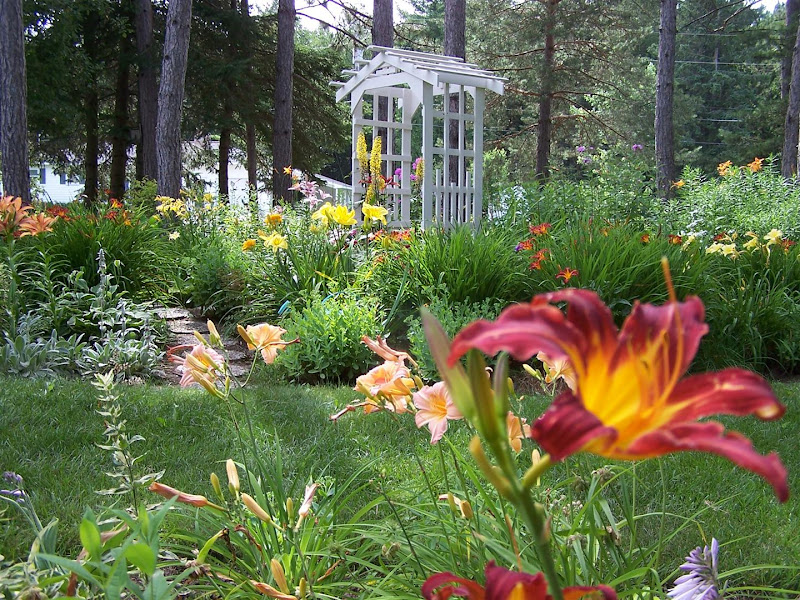 So that's what's new in my garden. Now head over to Jean's Blooming
Tuesday to see what everyone else has. Jean has a lot of different coneflowers--all colors. I am going to see the others right now.
Posted by Diana LaMarre at 7/18/2010 05:15:00 PM