What Did you Do with Your Extra Hour Today?

I started a table runner to go with my purple glasses. I am beginning to visualize a purple/green tablescape in my near future. 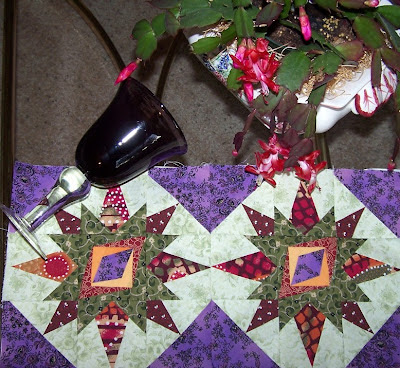 I've had one of those weekends where I happily reveled in domesticity. I left my home only once to go to my Mom's for a few hours. I seem to need a weekend like this at least once every six weeks. 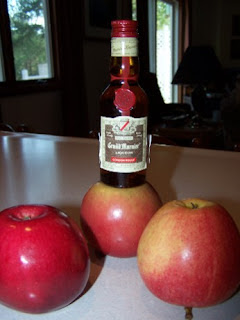 Saturday I baked two apple pies with a combination of Ida Red, Fuji and Gala apples.

I recently saw a recipe using Grand Mariner (orange flavored liqueur), so I decided to toss this little bottle in. (To be perfectly honest I can't even taste it in the pie, so it would probably have been enjoyed more had I saved it for a Margarita)

Speaking of Margaritas...whenever I made one, I squeezed a fresh lime for each drink. I just couldn't waste the wonderful lime zest, so I tossed the squeezed out halves in a plastic bag and froze them. 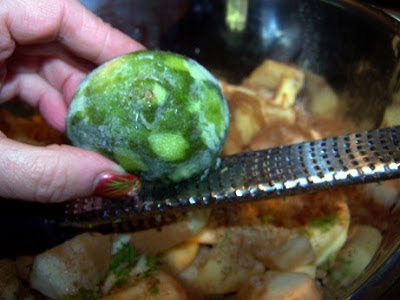 Now whenever I need a little citrus zest, I just grab a frozen lime half. Orange zest would have been best (to go with the Gr. Mariner), but I didn't have an orange.

The pie turned out pretty tasty even though nobody would know it had the liqueur in it. DH really seemed to like it. 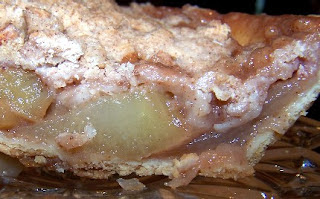 I was up very early Saturday working on the rose quilt.

In my haste to finish it, I left out one piece in the last border and had to spend about an hour picking it out. 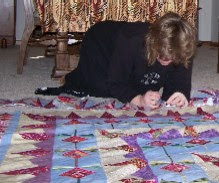 But after about three hours of work, I had it done. It fits perfectly on my bed with the borders hanging down at exactly the planned spot. I love it when something actually works as planned! 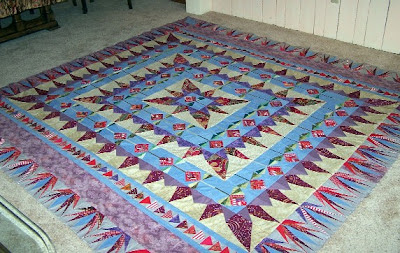 I think I began piecing this on September 3, so it took exactly two months. It feels good to be done (they get hard to work with when they get so big!).

Now I must decide which one of my seven completed quilt tops will be this year's winter hand quilting project.
Posted by Diana LaMarre at 11/04/2007 07:00:00 PM