A Gift from the Big Kahuna

Between Thanksgiving and New Year's Day I Love to Read Christmas Novels. Last week I showed you a Mary Kaye Andrews Book, Blue Christmas, that I read.  Today I got this book: 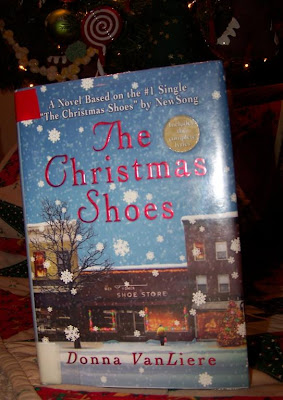 A few weeks ago, he gave me an Ipod Shuffle 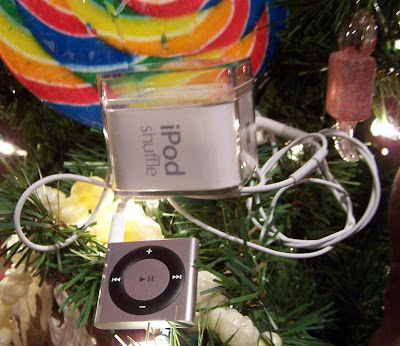 which he loaded with about 40 songs. Wasn't that nice of him? He's a very kind boss.

Anyway, now I have to figure out how to load more songs on to this thing.  I have it in my ears right now as I am writing this post.  I am listening to "Beautiful Day" by UTube.  Is that the correct spelling?  I have never heard of a musical group called UTube...YouTube?? (Thanks, to Dianne, I now know it's U2!) Nonetheless, it's a nice song.  The Big K is really a music lover.  He says I can be trained....LOL...maybe so.

Now the song is 'Satellite', Collective Soul.  I like this one.

I must remember to go into work tomorrow and thank the Big K again for this wonderful gift.

I have talked about the Big Kahuna so much that I have decided to give him his own category, called "Big Kahuna".  So now you can read all the posts where I have mentioned him under that label.
Posted by Diana LaMarre at 12/07/2010 05:27:00 PM