In Spite of the Rain, I Got a Lot Done Today

The Big Kahuna is on vacation so I had to go into work early this morning for just a short time to do the deposit and a few other things. It was pouring rain when I went in. I got home shortly after 8:00 a.m. and the rain had stopped. So I went out and worked in the gardens. It sprinkled a bit throughout the day, but I worked right through it.

Earlier in the week I had bought two containers of red petunias. I took one of them and split it into 3 plants. The second container was left as I purchased it, but I arranged it so that it looked like it was spilling out of a rusty old milk can. I put it all in the new path area. 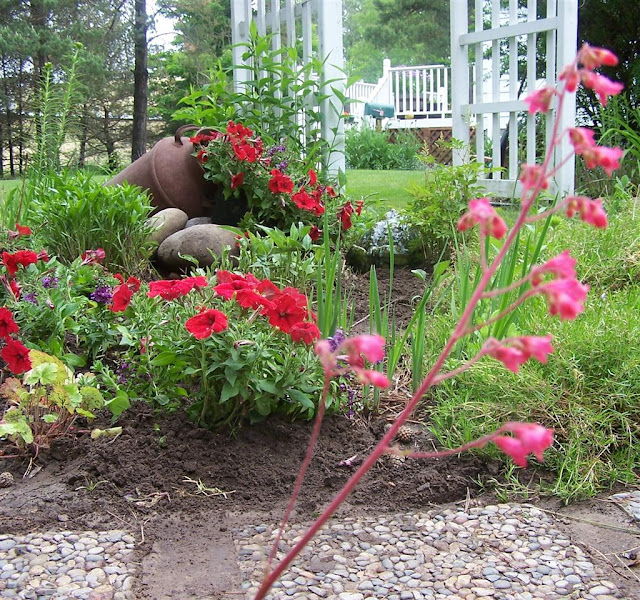 The pink bloom in front is a heuchra that I moved from the rockwall garden.

Here is a closeup of the rusty milk can. See the frog I put in next to the astilbe I moved from another garden? I have fun with him, putting him in a different place every year. 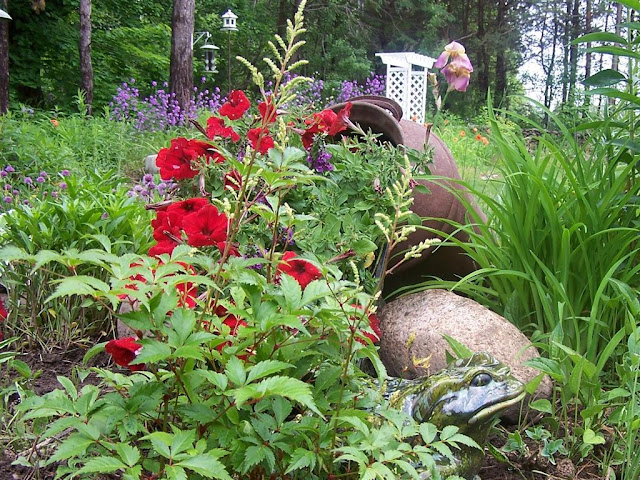 We also hauled out the bird bath.

I like this picture of a drumstick allium that is growing in the middle of a Sedum Autumn Joy that I moved from a deck container last year. I couldn't resist a picture of the artistic curve of the allium. It will bloom as a small pink ball. 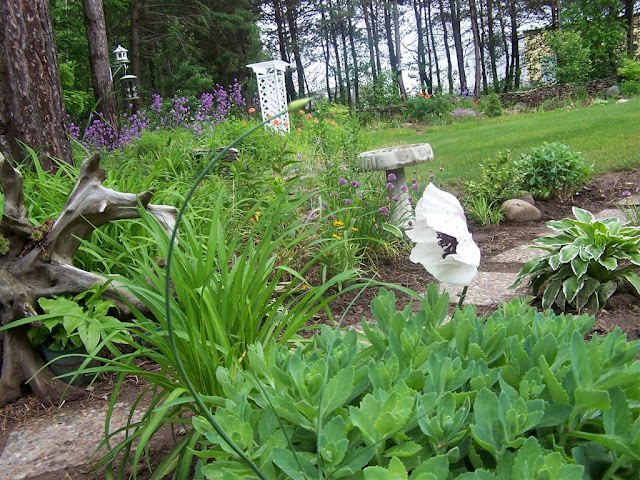 I also hand pruned the yew hedge that leads up to the deck entrance. It was encroaching on the sidewalk path. I took a good six inches off and now we can walk along the sidewalk with no problem. 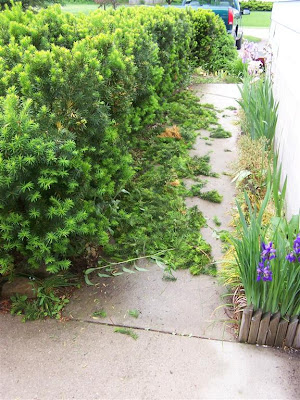 Yesterday we went to pick up DH's new grill. It's his Father's Day present. Right now he is heating it up to grill some chicken breasts. 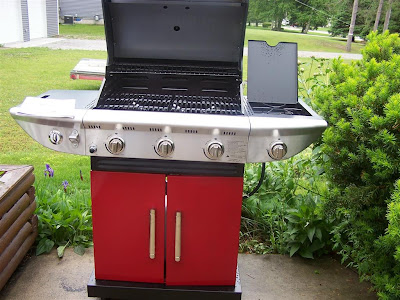 I have prepared six chicken breasts for him to grill. I plan to use the extras for chicken pot pie which I intend to make tomorrow.

All in all it's been a good day. I did not get any of the much-needed housework done, but I plan to do it tomorrow--unless something more exciting comes up. Life is too short to turn down a more exciting activity. I can always clean next week. :)