I'm not Irish, But I Do Love a Corned Beef Dinner 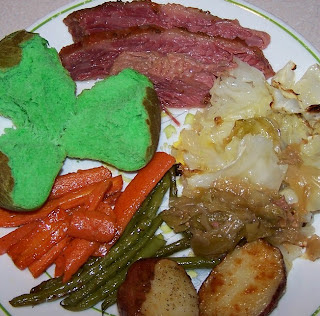 and today I cooked one that was so good I had to pop in here to record my method so I will remember it next year.

I usually boil corned beef with cabbage, carrots, potatoes, etc. I was going to do that today, but on a whim, decided to see what would happen if I cooked it in the oven.

Oh, my, it was the best corned beef that has ever graced my table. Incredibly tender and tasty. I can't say for sure if it was my cooking method or if DH just picked out a very good piece of beef. It was probably a combination of both.

Here is what I did:

This is the brand I used. It was just under 5 lbs. 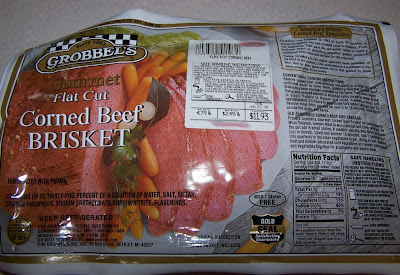 It comes with its own little spice bag which I sprinkled throughout the pan. 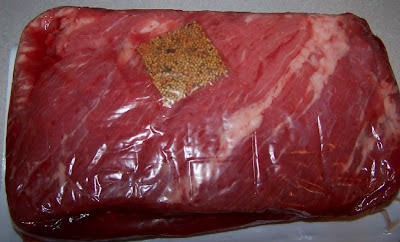 I cut up half a medium head of cabbage and put it in a big roasting pan. 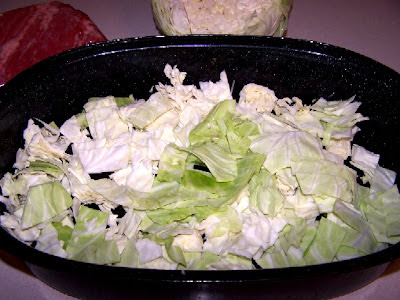 I had a big pot of water almost to the boiling point on the stove, which I poured over the beef and cabbage until it was about 2 inches high. 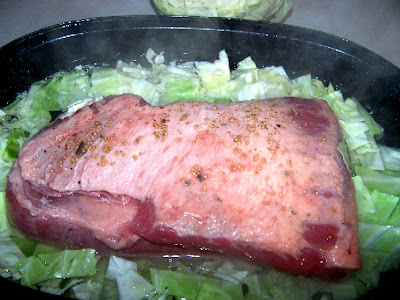 Then I put it in a preheated 325 degree oven, covered it and let it cook for almost 5 hours. Other than turning it over at the halfway point, I didn't do a thing to it. When done, it looked like this: 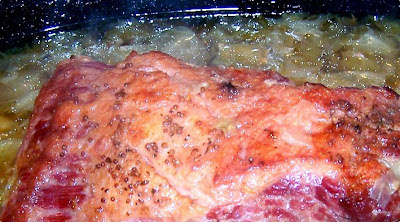 I was surprised that it did not shrink more. Last year's boiled specimen ended up to be about half the size it started as.

I decided to roast the veggies rather than throw them in the water/fat filled pan. I think roasting adds much more flavor. I turned the heat to 425 degrees and add a big pan of veggies. While they cooked, I let the corned beef rest covered on top of the stove. 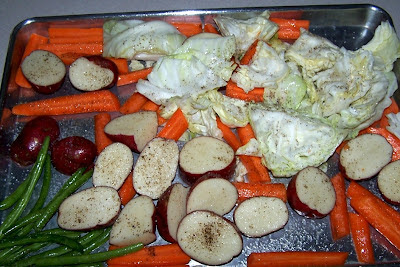 They roasted for 35 minutes.

Last week I finished the second Easter tablerunner and have now used up all the blocks that I originally made for that quilt border. 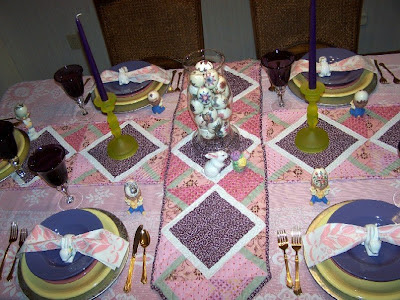 I decided I might as well use it on the table. Then I decided to change out the centerpiece (that's what happens when you decorate early -- you get bored and change things!) 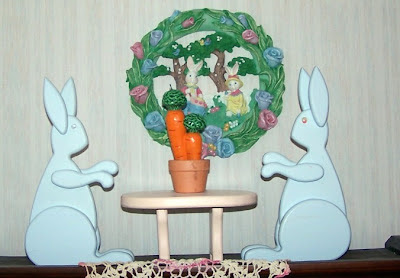 and this one on the other. 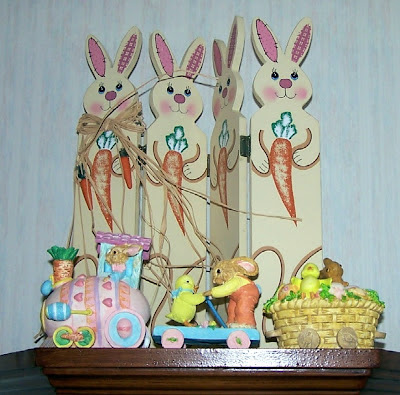 Email ThisBlogThis!Share to TwitterShare to FacebookShare to Pinterest
Labels: Cooking