The End of Summer

I can hardly believe that summer 2015 is gone....I did not even get to enjoy the deck ... not once did I put out the rugs, quilts, or pillows to spend a relaxing weekend at home...

I went out at 9am this morning and took this picture of the two whiskey barrel planters full of yellow daisy-like dahlias and yellow calla lilies. The callas have finished blooming, but you can still see the huge white spotted leaves. 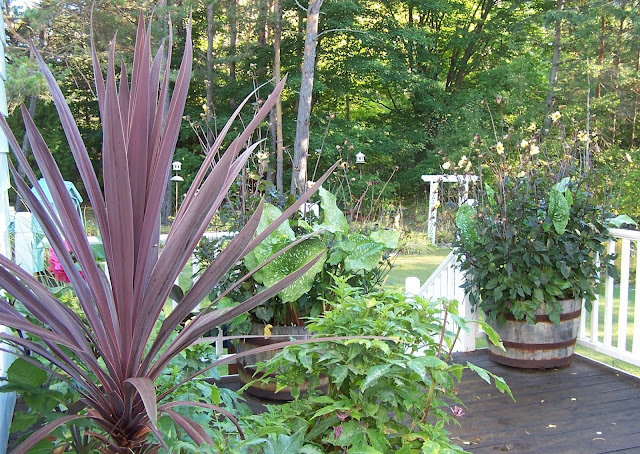 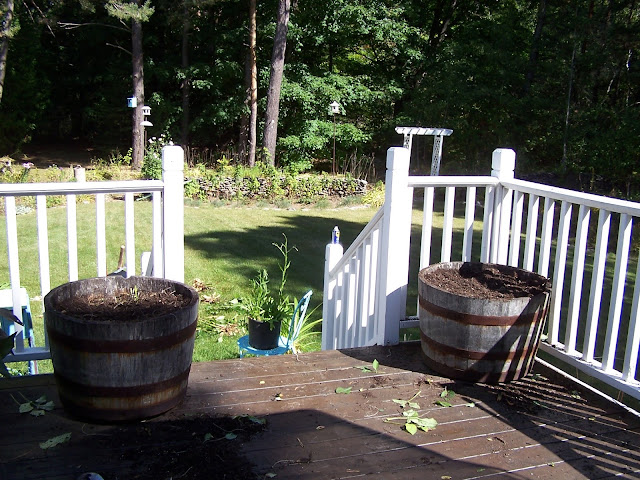 Everything has been dug out and placed on the back lawn to dry: 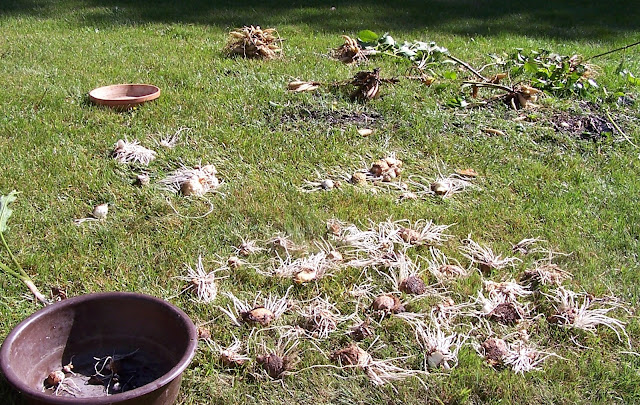 It always amazes me that those HUGE calla leaves came from one of those small croms with the white roots!

I left the other two whiskey barrels planted because the Tropicanna Golds are just beginning to throw up their bright orange flowers and I can enjoy them inside from my family room windows. 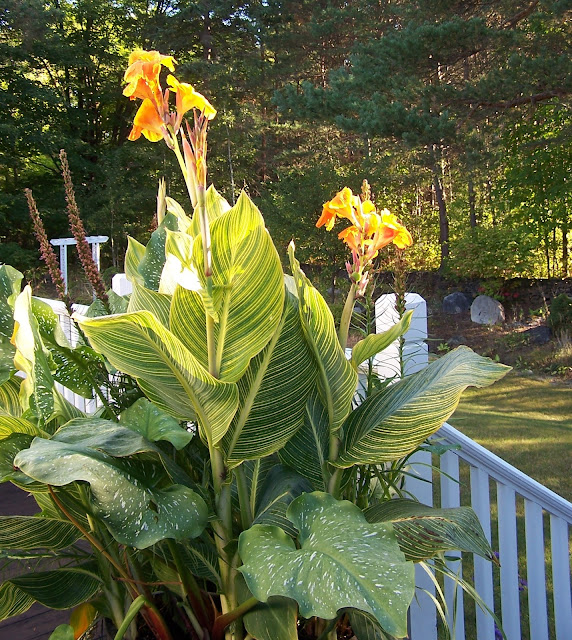 I like the spotted calla leaves with the striped canna foliage.

One of the new dahlias that I bought from Breck's has put out its first flower: 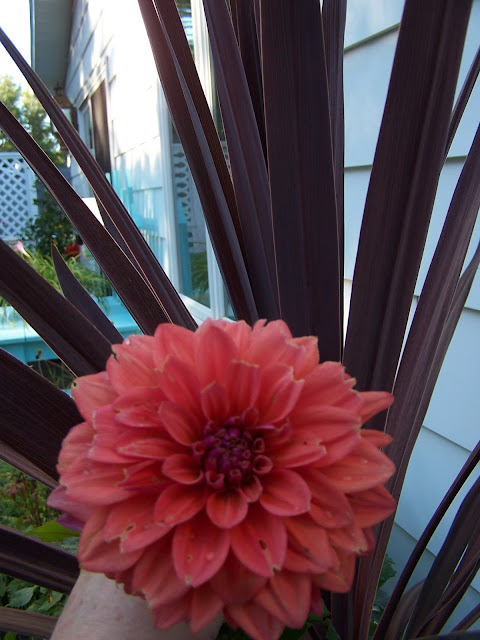 It's called 'American Dawn'.  I am less than happy with this one. It's almost the end of September and I have had only one flower which is full of bug holes...but at least it bloomed.  Maybe I will see a  better performance with more of a purple center next year.

I am hoping to get at least 3 more weeks from my garage urns and under-the-window garden of  pink dahlias. 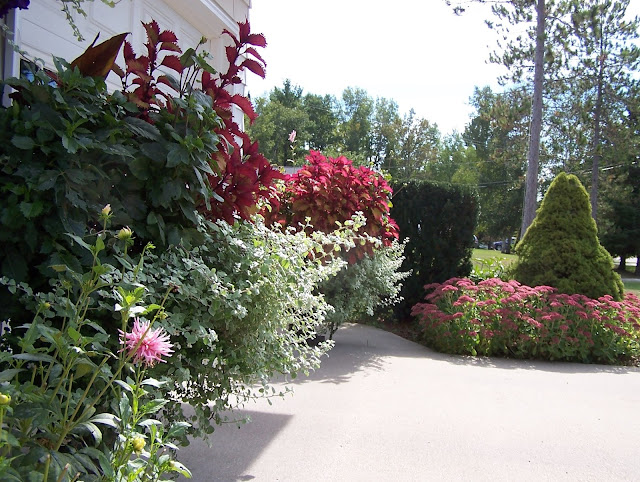 The Sedum Autumn Joy  really brings this garden to life. 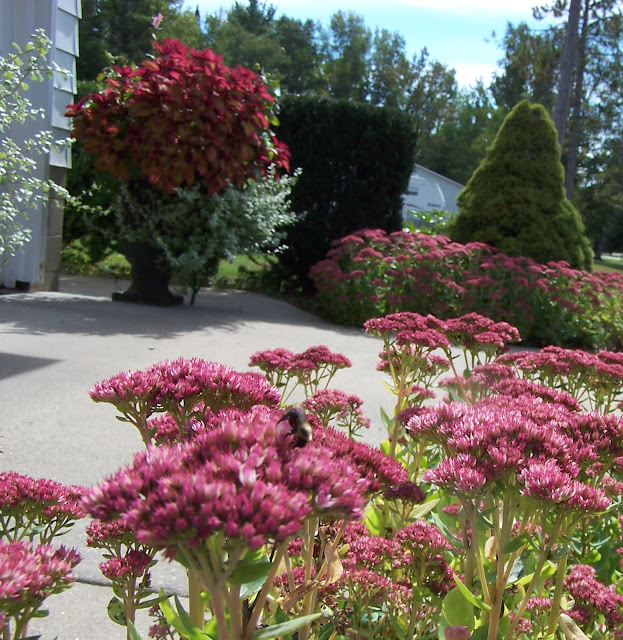 SAJ is such a  carefree perennial...once planted it takes almost no work.. never needs watering...just a bit of weeding...nothing more...gotta love that!

Last night I made ham and scalloped potatoes for dinner.  I took the time to caramelize the onions prior to baking and left the skins on the potatoes, then poured the roux atop: 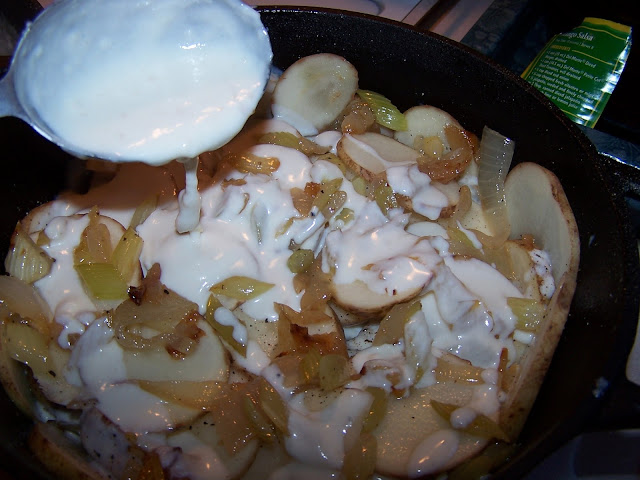 and baked until the taters were tender and the top was browned: 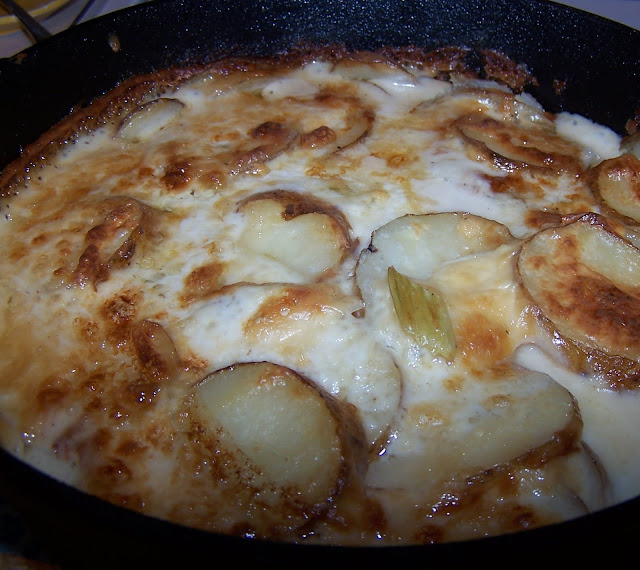 YUM! The perfect side dish to a brown sugar/mustard-glazed ham.