In the spring of 2013 I purchased a Japanese Bottlebrush plant from Breck's.

I have never had this plant and had no idea what to expect.  Breck's description said it would be  30" to 36" high and would have red flowers.

Since I had dug out a new roadside garden which had a lot of empty space, I decided to plant it there in front of  a Ninebark shrub.

This is the new roadside space in 2013 just before I planted a Ninebark shrub and two Golden Cypress shrubs and the Japanese Bottlebrush. The Bottlebrush came up in 2013, but did nothing. 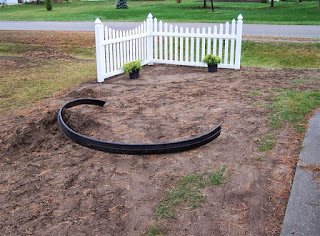 This is the same garden in 2014.  I added some dahlias to fill in the space and some of J's favorite annuals -- marigolds.


In the spring of 2015, I  saw some green leaves emerge and noted that it survived another brutal Michigan winter.

I had pretty much forgotten about it, until a few weeks ago when I noticed how tall it  was --
already over 2 ft. tall. 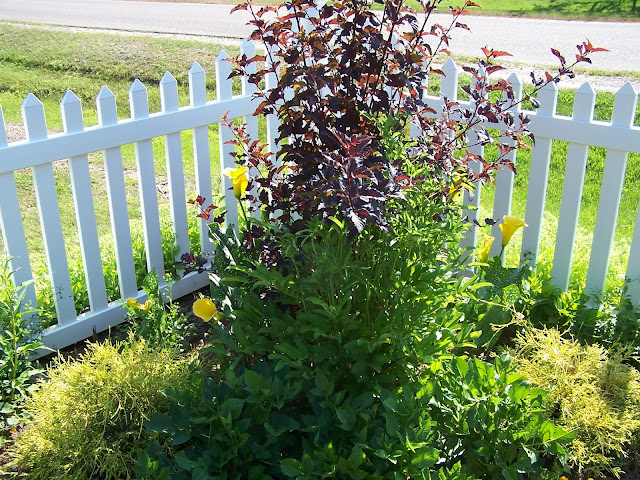 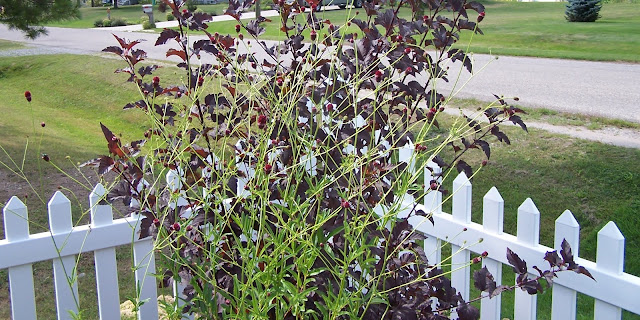 The plant is way taller than I expected and the flowers are not the "red" color that I thought they would be...I am happy about that because the purple color they are blends nicely with the Ninebark. 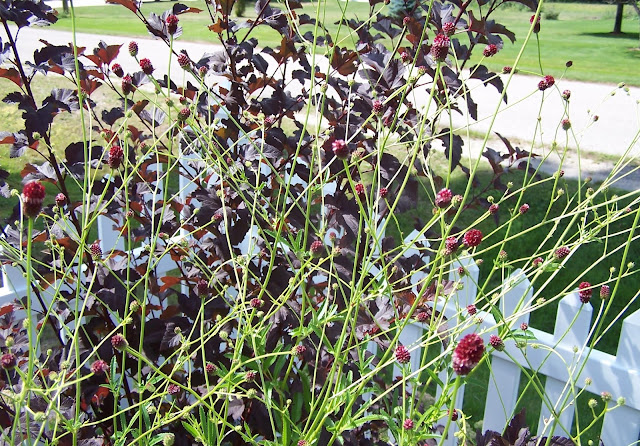 Perhaps they will turn more red as they mature......I hope not because I like them the way they are now.  It  seems that the old saying..........the first year they sleep, the second year they creep and the third year they leap is right on with this plant!