spans the St. Mary's River between the United States and Canada. It is 2.8 miles long. I have developed a fear of this particular bridge. 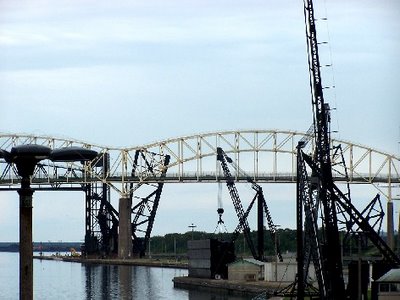 This is a shot I took from the Soo Locks (zoomed).


I have been over it half a dozen times or so. Once I even drove over it. So it's quite strange that the last time I crossed, I was incredibly nervous. It seemed so high and so see-through. I just felt like it would be easy to fall off the thing... We considered going over it Tuesday, but I decided to just save that for another time when I felt a bit more adventurous....LOL.

So instead of crossing the International Bridge, we opted to do what the majority of Soo tourists do -- we walked around the touristy stores and stopped to buy fudge - YUM! 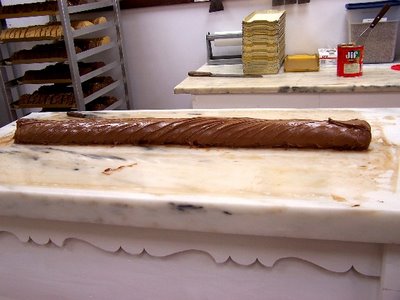 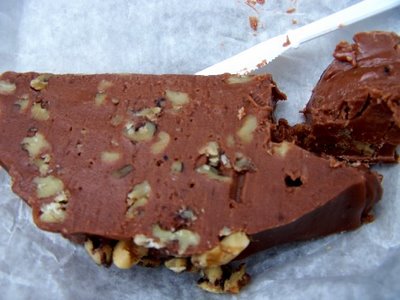