I Found a Ninebark to Replace the Smokebush

Yesterday I stopped at Home Depot and they had a few Ninebarks.  They were not very large, but I needed one so I grabbed it and immediately took it home to plant.  Here it is where the Smokebush used to be: 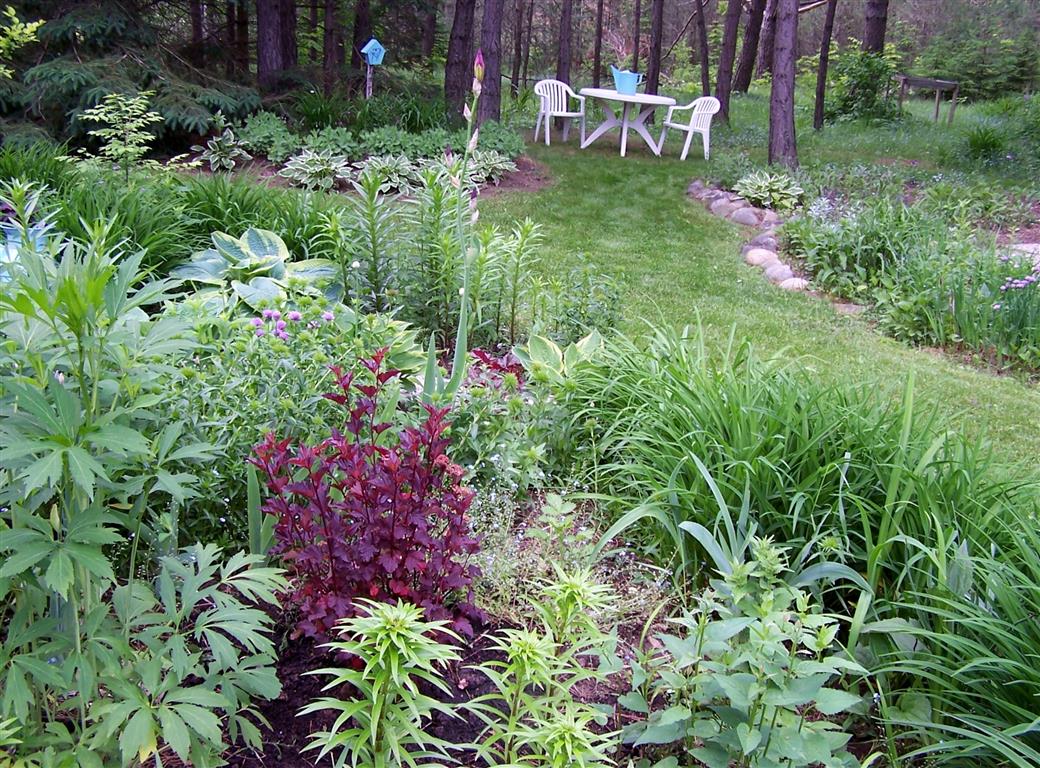 I like the pop of red/purple foliage among all the green.  It is a brighter red than the Smokebush foliage.

Unfortunately after the Smokebush was removed, I realized that is was not dead!  The  leaves were just beginning to come out. 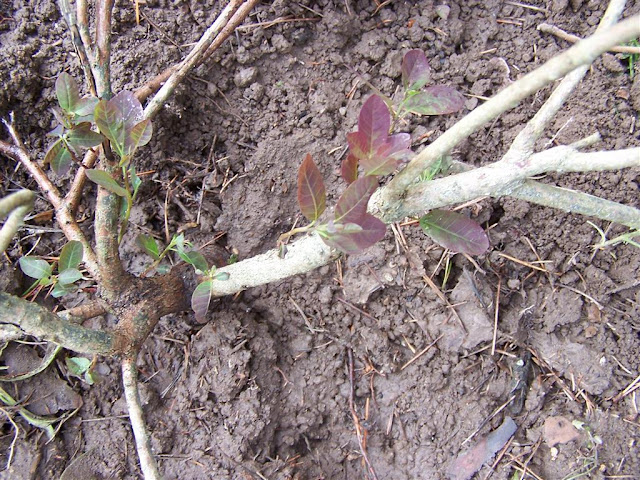 I  replanted it in a different area in hopes that it will live on and grow 10 feet tall, producing clouds of smoky blooms for many springs to come.

Yesterday I noticed my first blooms of purple Spiderwort.  Have you noticed that so many spring bloomers are in the purple color family?  I have the blue spiderwort right next to it, but it still has a few days before it blooms. 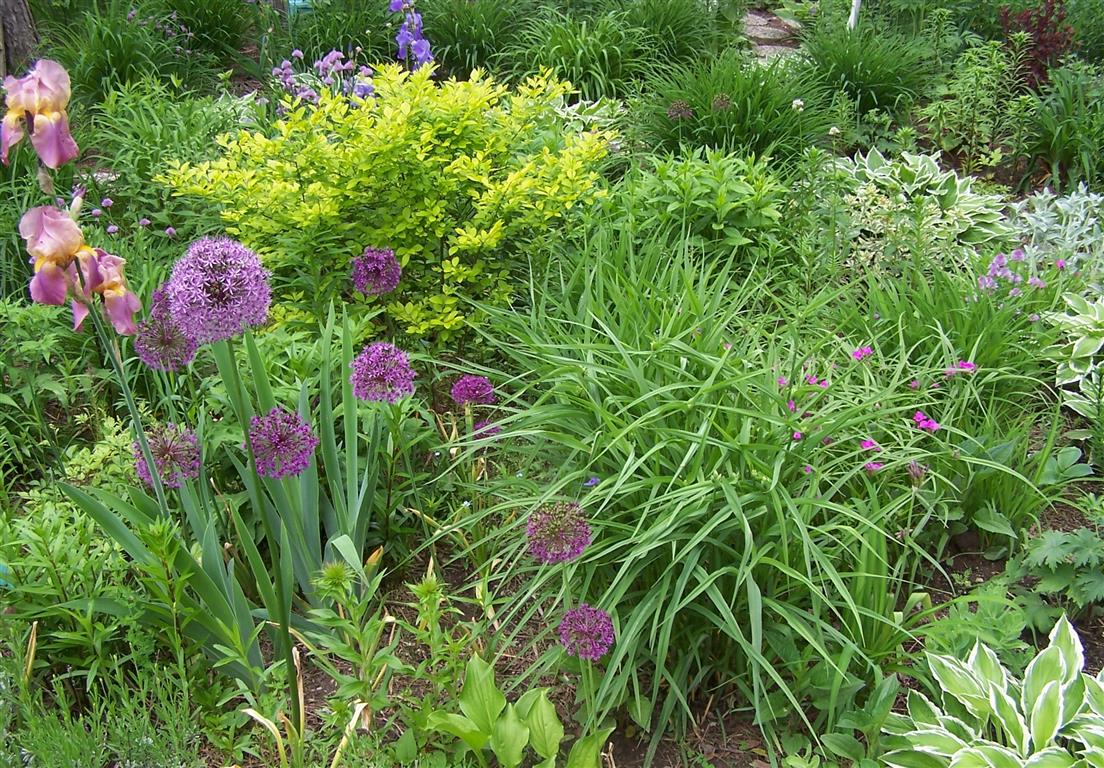 In the crappy (forgive that vulgar descriptive term) rocky area near the big arbor this pink Lupine has returned.  I am thrilled to see that it came back in this inhospitable neighborhood! 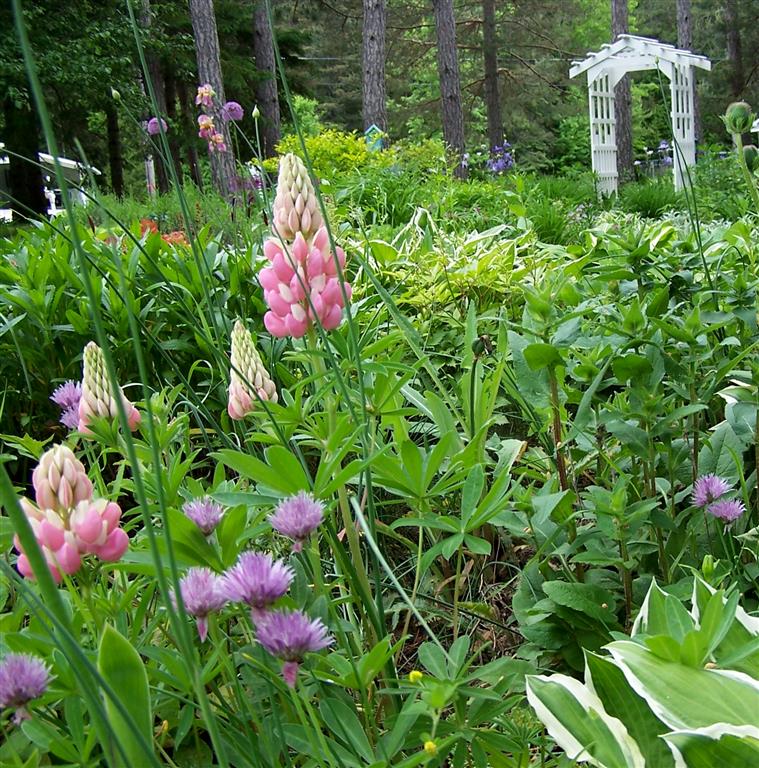 That's about it for my new bloomers.

We have been bringing the deck furniture out this week.  I am not doing nearly as many deck containers as in the past.  A number of cannas and dahlias died out over the winter. I am taking that as an omen to cut back this year.
Posted by Diana LaMarre at 6/18/2013 07:53:00 PM